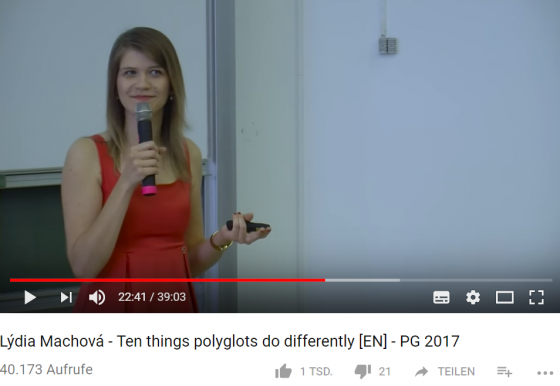 If you want to improve your language skills or even learn a new language today, there is one crucial question you can ask yourself: Does it still make sense to learn languages today? With the advance of ever-improving translation tools and apps, learning languages seems to be quite an exhausting activity. A lot of people struggle with reaching fluency in a foreign language. Especially during their schooldays but also later on. They attend language classes for years, they learn the grammar, they study text books, only to experience that even a normal conversation with native speakers can pose a lot of problems to them. They start to feel frustrated. Some even tell themselves that they probably lack the talent for learning languages or improving their skills.

Fluent in six to twelve months

Yet there is a group of people that really enjoys languages. They learn new languages and reach the level of fluency within six months to one year. They speak multiple languages, some of them even up to 14 or 16 different languages.

Those people are called polyglots. You would consider them to have a special talent for language learning. They don‘t. Instead their methods to learn a new language differ from the traditional approach that is used in schools.

The Secrets of Effective Language Learning

In her fascinating talk “Ten things polyglots do differently” at the polyglot gathering in Bratislava 2017 Lýdia Machová, who is 27 years old and speaks seven foreign languages fluently, provides an inside view into effective language learning.

Some of her tips are:

Enjoy the presentation and learn more about the methods of polyglots.

If you want to practice your English speaking and presentation skills you are cordially invited to join one of our Bamberg Toastmasters meetings as a guest. The next meeting will be on Monday, Februar, 12th at 7.30 pm at Stadtteilzentrum Starkenfeld, Katzheimerstr. 3, 96050 Bamberg.